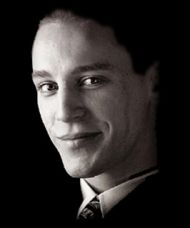 Ed Egan is a candidate for Assistant Professor positions in the fields of Strategy, Business Economics, and Corporate Finance on the 2013/2014 academic job market. He will be available for interview during or following the 2014 Annual Meeting of American Economics Association, between January 3rd and 7th in Philadelphia. He is also available by phone or email.

Currently the Innovation Policy Fellow at the National Bureau of Economic Research under Professors Scott Stern and Josh Lerner, Ed completed his Ph.D. in business administration, with a dual focus on strategy & business economics (in the BPP group) and finance at the Haas School of Business, U.C. Berkeley, in May of 2012, under the supervision of Professors David Teece, Toby Stuart, Michael Katz, and Bronwyn Hall. Ed then spent the 2012/2013 academic year as a post-doctoral fellow at the Sauder School of Business, U.B.C., under his long-term mentors Jim Brander and Thomas Hellmann.

Ed's research areas are the financing of entrepreneurship and the economics of innovation. His work consists primarily in the application of industrial organization economics and corporate finance to entrepreneurship and business strategy. Ed's specialty is the use of micro-data in large scale empirical analysis, however, his work also often contains useful theoretical innovation.

An Academic Curriculum Vitae for Ed Egan is available in pdf format.

Ed's job market paper, How Start-up Firms Innovate, proposes a `system vs. components' theory of innovation to understand the relationship between inventive activity and commercialization investment choices for patent-holding high-technology start-up firms. He tests the theory using cross-sectional analyses and a difference-in-difference analysis on near-population data of patent-holding start-up firms that secured either an initial public offering or an acquisition between 1986 and 2004. The theory requires that entrepreneurs maximize their expected profits given both the available technological opportunity and the state of technology in their industry. Start-up firms should specialize to pit their strengths against incumbents' weaknesses or generalize to best incumbents on every dimension. Moreover, policy that affects commercialization investment choices should also affect research and development choices, and vice versa. Ed shows that following the introduction of the 2002 Sarbanes-Oxley Act, which raised the costs of an initial public offering, start-up firms preferred to specialize in component-based invention rather than developing competitive systems.