A thin-wrapper around the enclosing circle algorithm which allows for instance-level parallelization. This project consists of the python files in E:\McNair\Projects\OliverLovesCircles\src\python. There is another version of the project with plotting functionality that uses a slightly different approach (removes duplicate points and uses their counts before running the algorithm) in E:\McNair\Projects\KyranLovesCircles\src\python.

Parallelization is implemented via Python2's subprocess.open() which is non-blocking and available in the standard library.

Splitting a master file and running

This command will populate (and overwrite) any files in data/, out/, and reports/.

This command will populate (and overwrite) any files in out/ and reports/. 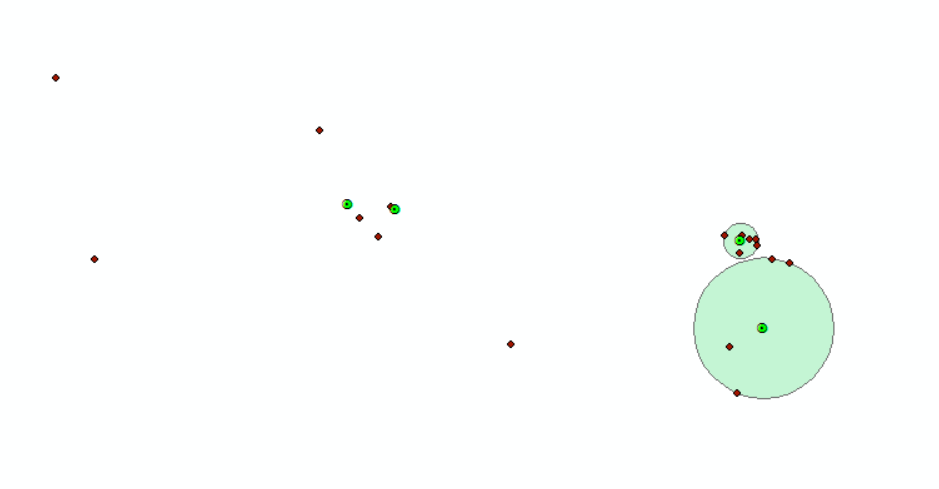 This image shows a rendering of the results of running St. Louis. There are four circles (the centers of circles are green dots), but two have radii of 0.0.

Progress on the bug