The script and associated modules are located in:

The algorithm relies on an object-oriented implementation of a "cluster".
Each "cluster" has the following associated with it:

Runtime: The runtime of the minimum enclosing circle is O(n), and the runtime of constrained k-means depends on k itself. Here, the value of k is proportional to the total number of points.
We would expect the algorithm to slow as the number of points increase. For reference, a set of 80 points with n =3, took about 30 minutes, with the number of iterations at 100.
Further improvements could implement an early-stopping method to converge to a local optimum. 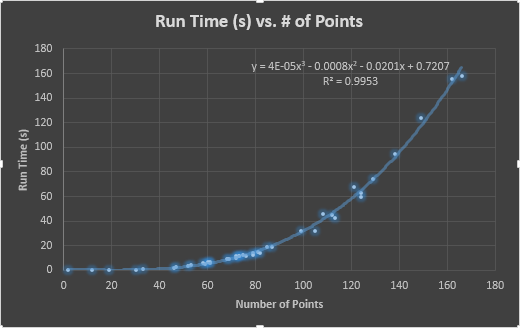 The K-Means based algorithm returns the optimal solution (left), and faster. 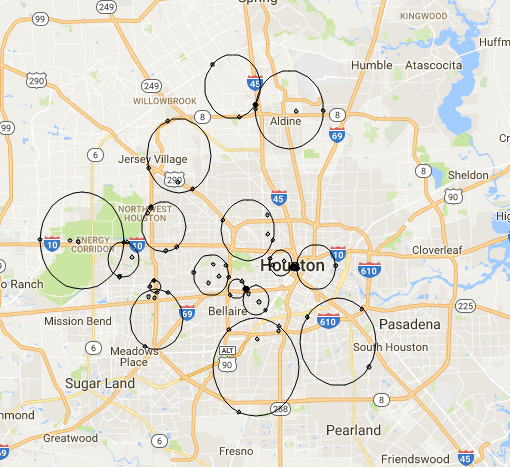 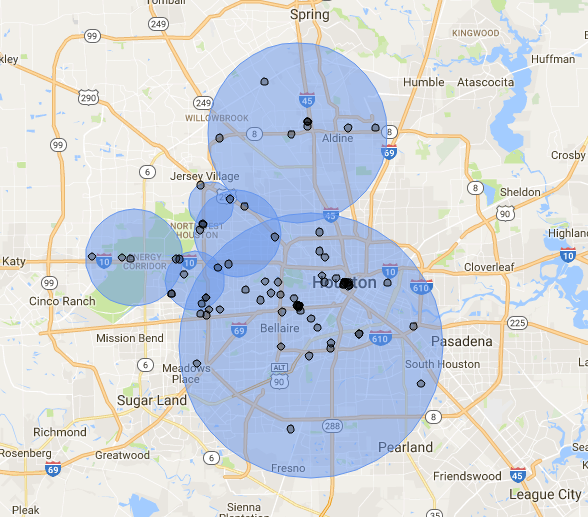 Is not the optimal solution as number of points increases, but an approximation

The python script is located in :

Can plot to google maps
Is faster than brute force
Returns city, circles, year to a tab delimited text file

The Python Script is located in:

1) Find all combinations of two points in the total data set.

Always gives you the correct answer.

For a small number of points (i.e., <7), this is OKAY to use.
However, it becomes extremely slow as the number of points increases.
The Julia/Python code does not have the capability to plot to google maps but will plot to a normal figure.
(will work on adding this implementation, if the need arises)