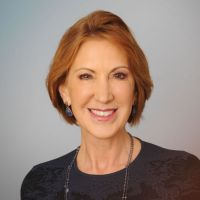 Born on September 6, 1954, Carly Fiorina is American business executive who led Hewlett-Packard Company as CEO from 1999-2005. Among other accomplishments, Fiorina was the first woman CEO listed on the Dow Jones Industrial Average. She is seeking the Republican Party nomination for president in 2016. (Britannica)

Would call Iran on first day of office, call off nuke deal

"I will not support citizenship for those here illegally."