"The $1.6 trillion Texas economy is the second biggest in the U.S., behind only California. Texas ranks first for current economic climate thanks to the second fastest economic growth and third fastest job growth over the past five years. In addition, there are 109 of the 1,000 largest public and private companies in the U.S. based in Texas, including giants like AT&T, ExxonMobil and Dell. Startup activity is also tops in the nation among larger states per the Kauffman Foundation. One of the only things holding Texas back is the education rate among its labor supply. Only 82% of adults have a high school degree, which is second lowest among the states." - https://www.forbes.com/places/tx/

"Of Texas’ total population growth between 2010 and 2016, migration accounted for almost exactly half (Exhibit 2). Net domestic migration — arrivals to and from other U.S. states — represented about 32 percent of the total increase, with net international immigration accounting for 19 percent. “Natural increase,” the population change due to in-state births less in-state deaths, represented 49 percent of the state’s net growth." - https://comptroller.texas.gov/economy/fiscal-notes/2017/october/migration.php#article

The vast majority of individuals leaving California are lower income with less education. Most of those who enter are higher income and educated. - http://www.sacbee.com/news/state/california/article136478098.html 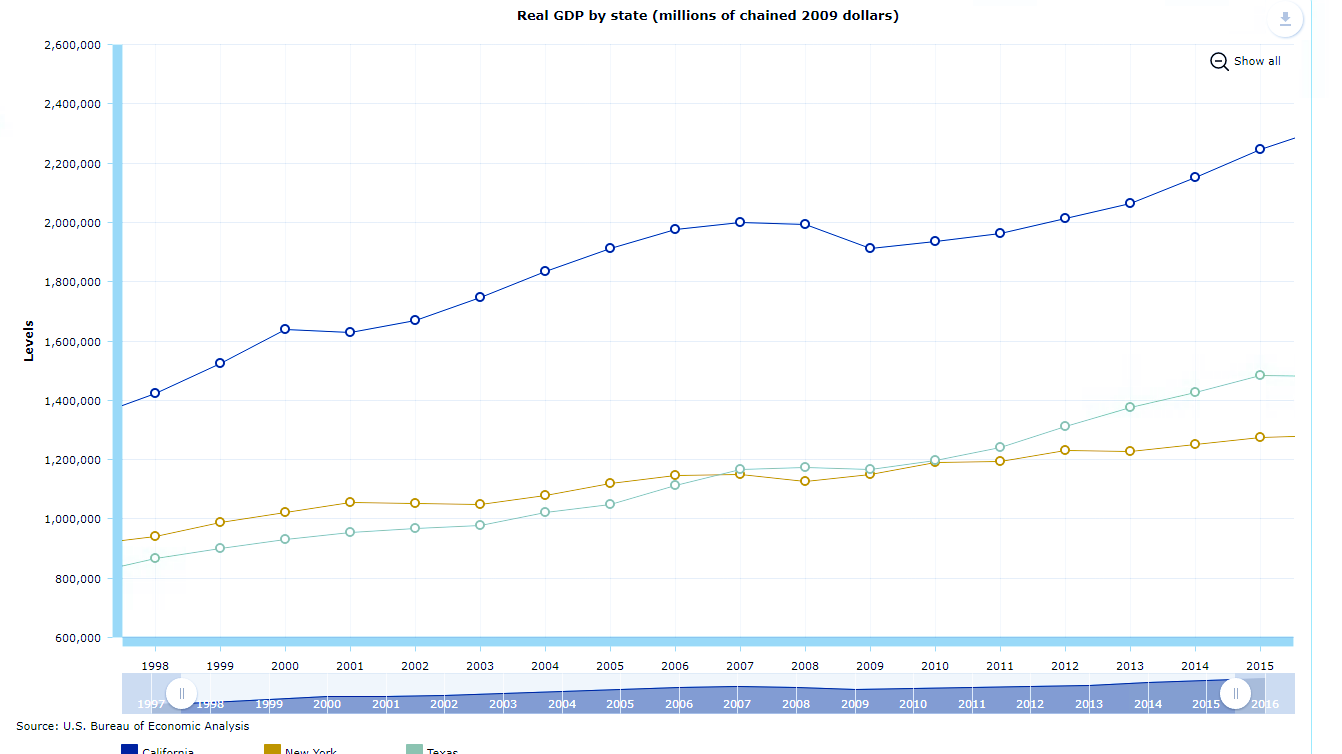