When using this data, please reference them as:

Substituting YYYY for the year and QX for the quarter.

All datasets are available as tab-delimited text files, with UTF-8 encoding, header lines, and PC/UNIX line-endings.

These datasets were produced using the third rebuild of the ranking code. See Ranking US Cities by Venture Capital.

In the second rebuild of the ranking code, updates to the data were done for 2017 and Q1/2 of 2018, and the list was expanded beyond the top 100 cities to include all U.S. cities that have received venture capital from 1980 to the draw date. State rankings were likewise added.

The following files are available: 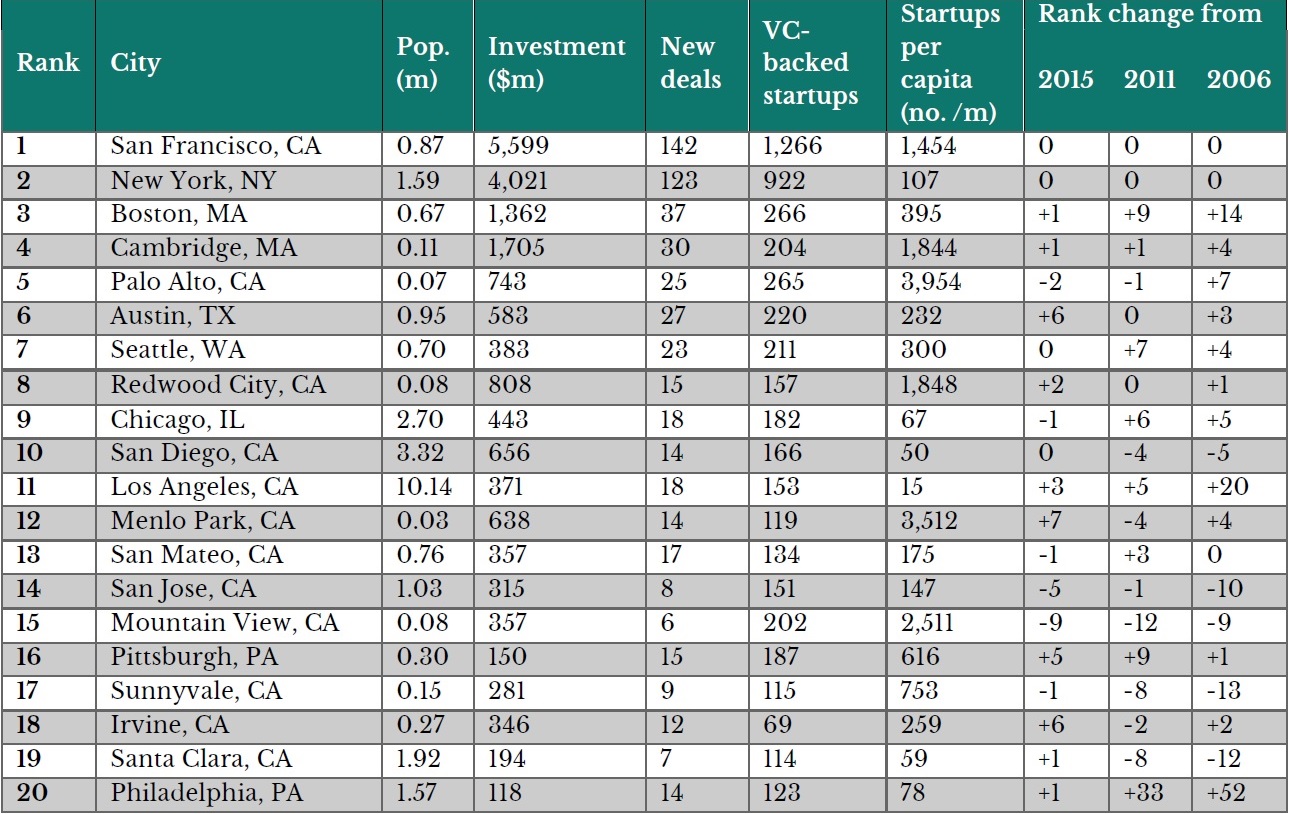 These reports use data from Thomson–Reuters VentureXpert to examine growth venture capital (VC) investment in the United States for each year (or part of a year) and generate a ranking for U.S. startup cities. The overall ranking is based on equally weighting cities’ ranks for there measures:

The difference between growth and transactional VC is described in Egan and Carranza (2018). Essentially, growth VC is seed, early, or later-stage investments into nascent, privately-held, predominantly high-growth high-tech startups.

We follow the academic convention and define a firm as an active recipient of venture capital if not more than five years have elapsed since the last round of investment and the firm has not experienced an IPO or an acquisition. This definition overstates reality -- perhaps as many as half of all "active" firms will be either dead or living-dead in a given municipality.

A full description of the data processing is available on the Ranking US Cities by Venture Capital project page.