Too Many Ed Egans 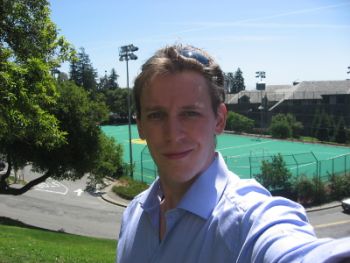 Ed Egan, a selfie. ('Selfie' is now in the Oxford English Dictionary, so there.)

There are just too many Ed Egans. Egan is an Irish surname, the Republic of Ireland is 86.8% Catholic[1], and the Catholic Church has been opposed to any form of birth control[2] since about 191AD (The Instructor of Children 2:10:91:2). Likewise, Edward (and hence Ed) is a common English (and Spanish, Portugese and Proto-Germanic) 'Christian' name[3]. Edward is perhaps particularly common in conjunction with the surname Egan, because it alliterates and trips off the tongue nicely. Do the math(s).

(Note that I am stuck between cultures now, and really want to add the 's' to maths, where it belongs, but fear ridicule from my American colleagues).

So I am posting this page in the hope of reclaiming my identity. What with namicide (not to be confused with nomicide - which is calling me "Eddie") being a made up word (as well as illegal, immoral, and time-consuming), I have decided that my best course of action is to get myself to the top of Google. 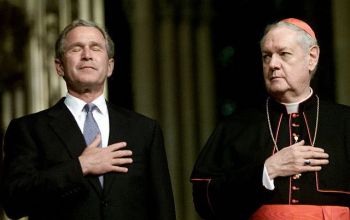 I'm going to have to become the definitive source on Edward Egan (the cardinal); there is just no other way that I'm going to dethrone his wikipedia entry in the short term (he is 79, so unless he achieves Sainthood, I'm probably good in the long-run - sorry if this is in poor humour, Your Grace.).

Check back soon for more information!

Somehow I missed the expiration of egan.com, which was previously owned by Ed Egan, CEO of Egan Systems. Unfortunately, one well-known side-effect of doing a Ph.D. is that you miss important events in your life (as the degree progresses (much like a disease), the ease with which this happens increases, and 'important' becomes a very relative term), and apparently this was one of them. I can't even find Egan Systems now... at least, not the Egan Systems run by Ed Egan, CEO At Large. Apparently I will now being watching the estate of James Arthur Egan (1939-2011), who passed away last July, and Egan Visuals Inc., who appear to be continuing in his absence.

In 1995 Eddie Egan, the former NYPD policeman turned actor, whose real life case was the basis of the movie The French Connection, died in Florida, after a struggle with cancer. Even now, six years after his death, he holds the 10-13 slots on a Google search for Ed Egan, and the top five slots (and more) for Eddie Egan.

I don't know how EdEganHearing.com is in the top five for Ed Egan at Google. For a while, this wiley ASHA certified Audiologist was beating me in the rankings despite my eponymous domain (and more than 100 times his content volume). If I ever go to Oshkosh, WI, I intend to get to the bottom of this mystery.

I don't use Facebook or LinkedIn. These are firms that exist to sell the data that you give them, and I object strongly to virtual slavery.