Output: Addresses (specific to street address) for every company known.

To be filled once project is completed

Data was analyzed to determine total number of companies as well as percentage of fields in which country, state, region, and city were not complete. This data was recorded in the image below. 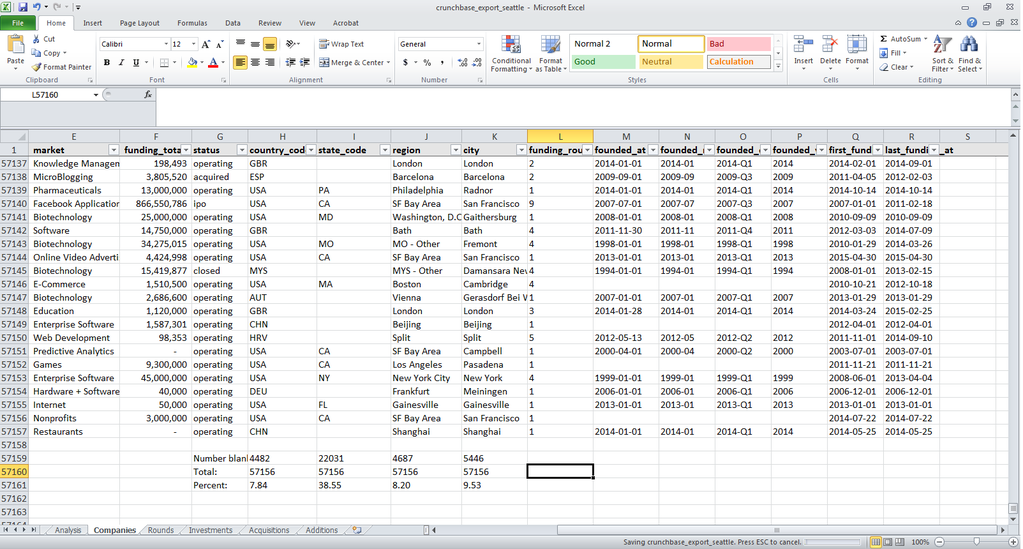 Following this it was determined that the Seattle region would be used as a test region.

1070 Companies were contained within the Seattle region.

Each company was assigned a random number using the randombetween() excel function.

Then the same function was used to determine the correlation between these numbers and funding total and funding date. The results are displayed below:

After a short test it was noted that Crunchbase contained a significant amount of street level addresses, and this hypothesis was to be tested in order to see if this was a common trend

A total of 160 companies were tested:

140 Had addresses on crunchbase

Of these 11 contained a url

Of these 11: 3 address were retrievable with a who is search will 8 were not

Of the 8 within the category unable to retrieve; 4 were protected by godaddy.com; and could possibly be retrieved from there, also one had a .io url that could not be found

To be filled for next section