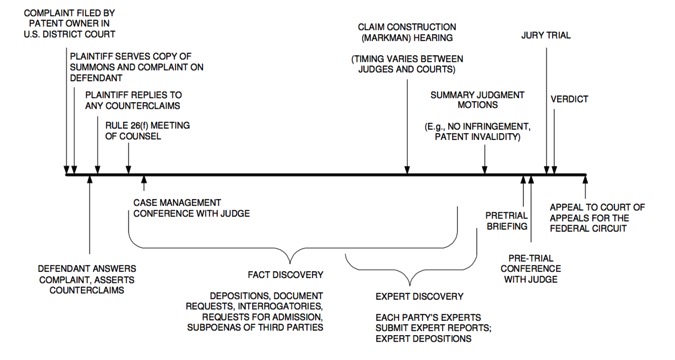 “Typical patent infringement lawsuit begins with complaint filed by patent owner in a US district court. Complaint identified alleged infringers, and the US patent or patents alleged to be infringed.”

Some districts (northern district of CA, Eastern district of TX) have local patent rules that require plaintiffs to identify the specific claims being asserted, and specify where each limitation of each asserted claim is found in each accused product.