This issue brief examines the business trend in the high-tech sector and explores the reason of declining number of start-ups in the sector. 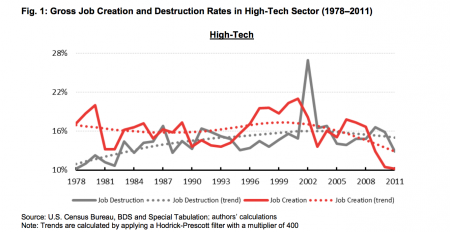 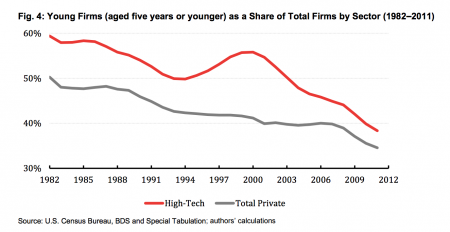 Conclusion: The pace of business dynamism, as measured by the pace of job reallocation, has declined in the high-tech sector in the post-2002 period at a pace that exceeds that of the overall economy.

2. Top Ten Signs of Declining Business Dynamism and Entrepreneurship in the U.S.