The entrepreneurial ecosystem is comprised of a wide array of institutions and resources that contribute to the development of entrepreneurship on a local or municipal level. These components have led to the creation of clusters of entrepreneurial success and economic growth, such as Silicon Valley (Palo Alto, California) or Route 128 (Massachusetts).

Components of the Ecosystem

An accelerator is a “fixed-term, cohort-based program including mentorship and educational components, that culminates in a public pitch event, often referred to as ‘demo-day’” (Cohen and Hochberg, 2014). The mission of an accelerator, often a non-profit entity, is to provide early stage start-ups with resources, mentorship, and networking needed to gain access to venture capital funding. On average, cohorts stay with an accelerator for 3 months cumulating with a pitch to several venture capital investors. (Fehder and Hochberg, 2014)

Dan Fehder's new paper "Startup Accelerators and Ecosystems: Complements or Substitutes?" uses a regression discontinuity analysis on admission scores to the MassChallenge accelerator to find that accelerators do have a meaningful impact on an entrepreneurial venture's ability to access local resources. [1]

Incubators “shelter vulnerable nascent businesses, allowing them to be stronger to become independent” (National Business Incubation Association). Incubators serve as a temporary space for start-ups to develop in their early stages. Unlike accelerators, there is no formal curriculum, cohorts, or duration of stay. Residents of incubators pay fees for both rent and services, and are not offered the breadth of resources found in an accelerator. (Fehder and Hochberg, 2014) 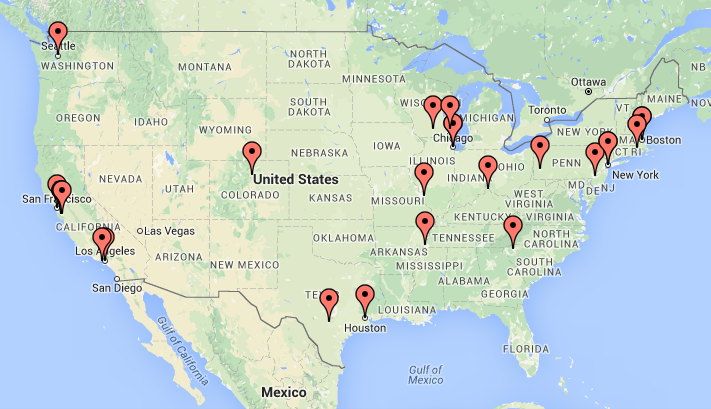 Hubs, also known as tech hubs or startup hubs, are entities that serve as an intersection between incubators, accelerators, and co-working spaces to foster an entrepreneurial ecosystem and environment. Hubs serve as leaders in their local entrepreneurial communities, enabling entrepreneurs through a wide variety of programming, events, and benefits.

There are several networks of tech hubs around the country and around the world, including Google's North American Tech Hub Network [3] and 1776's Startup Federation[4]. 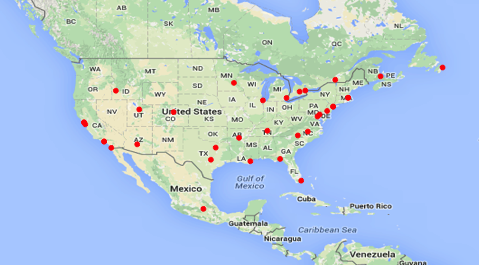 Angel investors are “high-net-worth-individuals that make private investments in start-up companies with their own money” (Kerr et al., 2014). Recently, angel investors have been pulling their resources together in what are classified as either angel groups or angel funds. In these groups, combined capital allows a combination of larger investments or a more diversified portfolio of investments.

Currently, the U.S. Securities and Exchange Commission [39] regulates the domestic definition for angel investor accreditation [40], establishing a level of wealth (income or net worth) in which investors need to prove before being accredited. The Angel Capital Association [41], a collective of accredited angel investors in the United States, claims over 13,000 member investors and more than 240 accredited angel groups.

According to the University of New Hampshire's Center for Venture Capital Research[42], 2014 saw Angel Investors contributing $24.1 billion, a slight decrease from 2013 investment.

Crowdfunding is the practice of pooling external financing from a larger group of investors contributing small amounts of capital. In recent development, crowdfunding exists primarily in online communities, where crowdfunders receive some private benefit in lieu of an investment. (Belleflamme, Lambert, Schwienbacher, 2014)

Micro-finance institutions are banks that give small loans to individuals or groups with low interest rates. The clients of micro-finance institutions are often lower-income households and small business owners looking for micro-loans to expand or create a small business venture. Currently, micro lending in the developing world is significantly more prolific than in the United States or in other developed countries, due to a combination of policy and market obstacles. Though not exclusively, micro-finance institutions are often linked with non governmental organizations, social entrepreneurship, and nonprofit ventures in an attempt to stimulate economic activity and job creation in developing communities. (Sterner and Murdoch, 2001)

Political institutions at the local, state, and federal level play a pivotal role in the entrepreneurial ecosystem. The regulatory environment in each of the three level of governments alter the ease of entry into the entrepreneurial space by way of a variety of mechanisms. These mechanisms include tax policies, incorporation costs, barriers to entry, etc.

Venture capital firms provide “privately held 'entrepreneurial' firms with equity, debt, or hybrid forms of financing, often in conjunction with managerial expertise” (Amit et. al, 1998). The typical VC investment will occur during early or middle stages of the start-up process in exchange for a minority equity stake of the company, although most specialize in the investment of young entrepreneurial ventures. VC firms typically target start-ups in advanced technology sectors rather than service or low-tech businesses, and often specialize in a single vertical such as software or biotech.

A significant benefit of utilizing venture capital is access to large amounts of capital, although in exchange for a small portion of the ownership. Many start-ups need multiple waves of VC funding before developing enough to go public, or to be bought out by a larger company. The goal of a VC investment is to provide capital for a start-up to gain success in order to make a financial return, consequently VC firms place heavy scrutiny and analysis on potential investments.

Venture capitalists specialize in investing in high-growth start-up firms, especially those in technology sectors. A venture capital firm can control a number of funds at any given time. Each fund raises large amounts of money from institutional investors, particularly pension funds and insurance companies, as well as some high net worth individuals. A fund typically lasts for 10 years, choosing a portfolio of start-up companies to invest in within the first 5 years and purchasing equity in those companies. The average start-up will receive 3 rounds of venture capital funding from different syndicates of capitalists over 5-6 years before achieving an IPO, being acquired by another company, or shutting down operations. By unwritten rule, at least one venture capital fund in each syndicate must be less than a twenty-minute drive away from the start-up. As a consequence, venture capital has been established as an urban phenomenon, concentrated in a handful of cities across the United States. 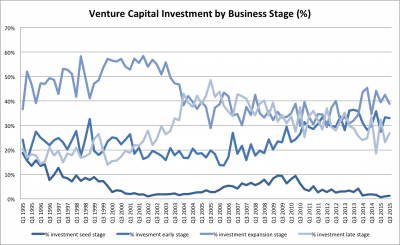 Moneytree, a collaboration between PriceWaterhouseCoopers[47] and the National Venture Capital Association [48] defines these stages as:

Historically, the majority of Venture Capital investment, in terms of both number deals and total dollar amount, occurs once a company reaches its early stage. Seed stage companies receive minimal investment simply because they are not often developed enough to be of legitimate promise to investors. Recent trends have shifted to the majority of deals being made during the early stages, though larger deals are found with firms in the expansion or late stages.

Venture Capital has been predominantly investing in a small subset of industries, changing historically based on trends in the market. Venture Capital investors often focus their investment portfolios within a specific sector.

Information on investments can be found from Venture Capital Databases

In addition to the larger institutional players, the ecosystem benefits from the presence of the following institutions and/or individuals in the community. The following components contribute to developing and cultivating a population of potential entrepreneurs and their innovations.