Notes: The Twitter Webcrawler, in its alpha version, is an expedition project involving the Twittwer API in search of a sustainable and scale-able way to excavate retweet-retweeter, favorited-favoriter following-follower relationships in the entrepreneurship Tweet-o-sphere. On the same beat, we also seek to document tweeting activities/timelines of important twitters in the same Tweet-o-sphere. 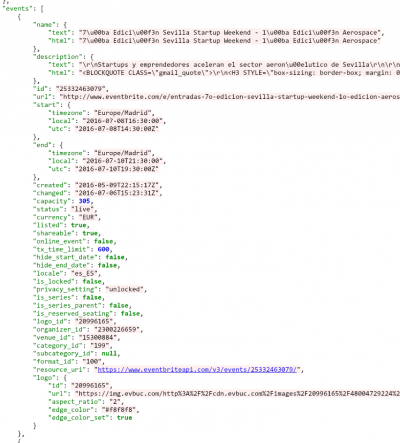 To create intelligent searches:
Note that eventbrite is esp good for free events
Note that past events may extend only to a certain point
Note that eventbrite was launched in 2006, but is the first major player in online event ticketing
Category is always science and tech
Organiser is impt; some entrepreneurship events are organised by known collectives
Organiser description also has many impt keywords
keywords from SEO material on marketing artfully is very good
Event series, dates and venues endpoints are secondarily important